From June we have developed a relationship with Sriram Gokul (pictured below), who is based in India, which has resulted in a series of virtual cabaret events incorporating acts from India, the UK and (on occasion) New York.

The Interchange Project: Celebrating 'The Heart of Bolton'

The Interchange Project featuring photographs and cartoons of contemporary Bolton came to an end on 24 July after four weeks. Over 300 visitors found their way to Platform 5, the Bolton Station Community Partnership gallery and left with a smile on their face. The re-opening of the Gallery, after a long Covid layoff, had an element of risk but the efforts of Live from Worktown committee members photographer Julia Uttley and cartoonist Dave Burnham paid off in buckets with many new and old contacts established with Live from Worktown membership topping 500 for the first time.  We owe a big thanks to Julie Levy of the Community Partnership for encouraging us to use the gallery and making it possible, to the volunteers who entertained visitors each Thursday, Friday and Saturday, the public who submitted their photographs, and Julia and Dave for persevering with the idea throughout lockdown. Examples of all the work exhibited can be found on the LfW facebook group and www.livefromworktown.org

Celebrating the launch of the Poetry from the Platform Anthology

We hosted a virtual launch of the Bolton Rail Community Partnership anthology on Thursday 15 April at 7.00 pm. There were readings of entries by category winners and judges. Contributors included Sam Johnson, University of Bolton and Prof Paul Salveson, who have been behind the creation of the new Community Rooms and Gallery at Bolton Station.
Copies of 'Poetry from the Platform 2021' available from Julie Levy at boltonstationcdp@gmail.com (£5 plus p&p)

click here to view the website - An edition of the magazine was produced every month with growing success.

Following on the success of last year’s 'Cotton, Culture and Characters', we launched additional free and online, historically-themed guided walks.

Click here to go to a video of the event

Technical Direction/keyboards: Peter Firth
Compere: Dave Morgan
JAZZ IS BACK!
Out of the blue we were offered the chance to host the top touring band of the moment
Lukas Oravec & Alex Garnett Quintet 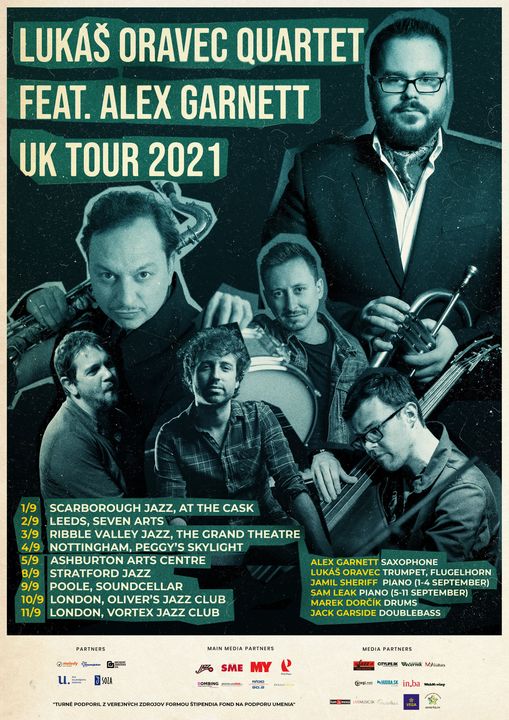 The gig was on Friday 3 September at the Northern Monkey, Nelson Square, Bolton

We'll hosted a Zoom event on the day with 14 poets .

Here is the  link to the Zoom recording and the comments are attached. To view it you  need the Passcode: 2qU?6twJ

We attempted to put on 5 Workshops over two Saturdays in October, but we had to cancel as it seems people aren't ready post-covid to go to in-person events. We will re-arrange for a later date.

This was another successful collaboration with the Wanderlust Women - a muslim hiking group founded by Amira Patel.

Live from Worktown's Dave Burnham led the group of walkers through a mix of residential areas and woodland paths around North Bolton tracing the route of Worktown Walks 1: Cotton, Culture and Characters.

A skilled and engaging raconteur, Dave entertained the group who travelled from places such as Oldham and the Peak District as well as Bolton with stories drawn from the area's rich history.

The Top Storey Club Tragedy - A Talk by Dave Burnham

It was the dawn of the 1960s and things were starting to change. In Bolton, still a traditional cotton town, people could visit newly opened eateries and nightclubs such as Aristotle’s, the Tai Tung or the Kismet Restaurant. In December 1961 a new fashionable nightclub had opened in town. The Top Storey Club was high above the River Croal in an old warehouse on Crown Street. On Monday 1st May 1961, a fire swept the building leading to the death of 19 people.

Local historian, Dave Burnham, reflected on the tragic events of this night and gave a glimpse into life in Bolton in the early 1960s.

Eighty people turned up including about 15 relatives of the dead and one man who was there, so there was a lot of debate.  At the end, the bloke who was there said, ‘Pedro didn’t do it, but I know who did…’